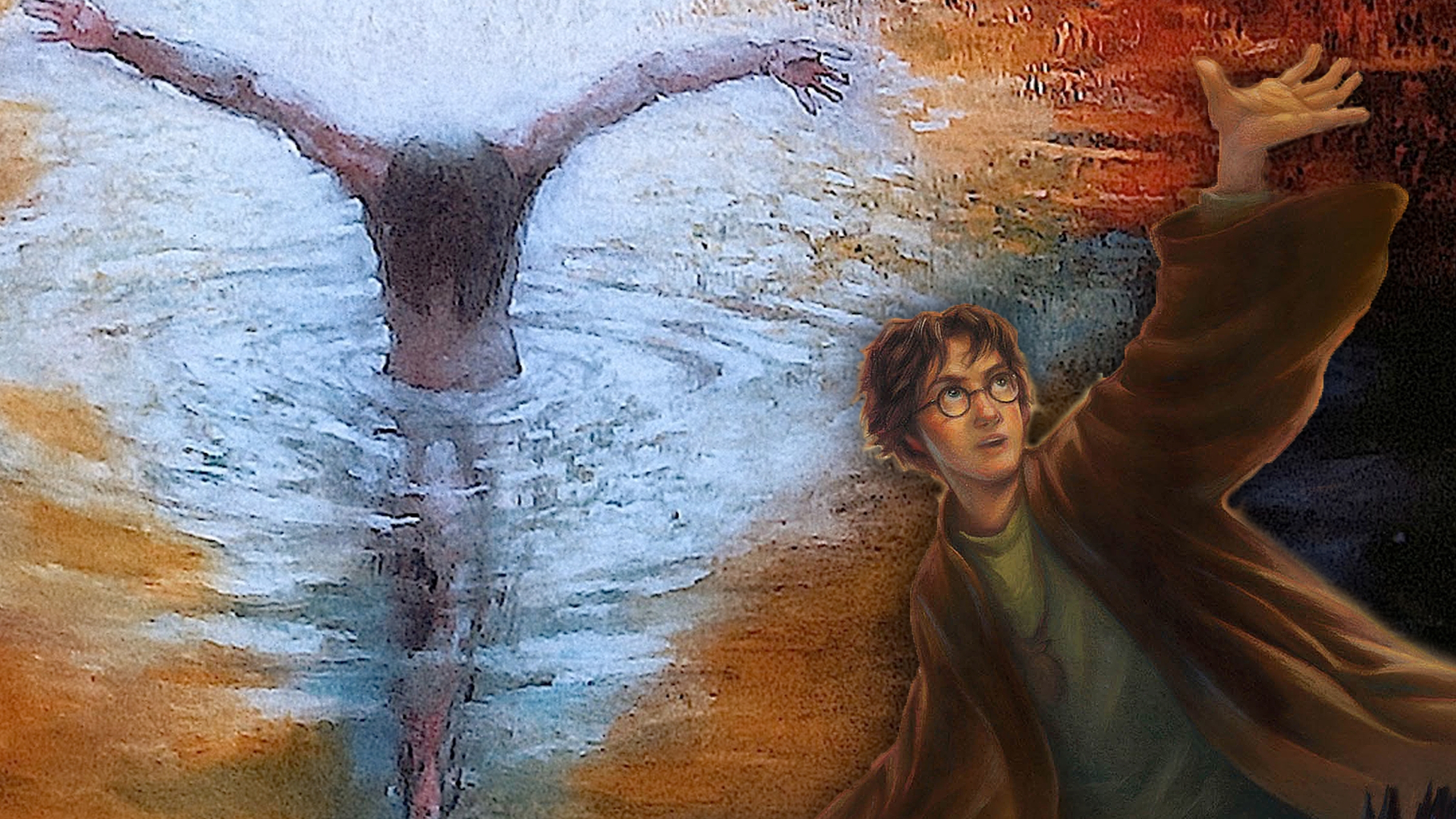 Harry Potter is a kids book, right? Just a fantasy book about magic and wizards that caused a stir among some religious communities?

Talk to the readers who made J.K. Rowling the first and only billionaire author by purchasing 400 million copies and you’ll hear a different story: these are stories about overcoming adversity, showing enormous moral character, coming of age, the rise of a fascist dictator, and the fight of good versus evil. Although placed within the container of a magical world and fraught with mythical creatures and powers, what captivated millions was what was beneath the surface. Love. Friendship. Fortitude. Adventure. Virtue. Life.

For millions, it is the best adventure series they will ever read, one that has touched them deeply in a way that can never be forgotten.

And yet, talk to Christian readers, and you’ll find that there’s something even more. While Harry Potter fits nicely into the teen/”coming of age”/fantasy book category with The Hunger Games, Percy Jackson—albeit not as well written—there is something fundamentally different about what J.K. Rowling has done. Beyond the teenager themes of self-idenity and overcoming difficulties present each series, there is one theme that, I would argue, defines the Harry Potter apart from the rest: death. From the very first page to the last, death is pervasive. The whole series is built around the murder of Harry’s parents. Roughly 100 characters are mentioned to have died throughout. Harry himself (spoiler alert) dies in the seventh book… until he comes back to life. For the Christian, an adherent of a faith that is built upon a death and so has a particular understanding of the experience, this is something that immediately captures our attention. Is Harry Potter subtly Christian?

My answer? No. Harry Potter is overtly Christian. In the way it understands death, in the role that Harry plays for his friends, and most importantly, the way we should live our lives, I think that J.K. Rowling had a strong understanding of Christian theology when she penned this series. For me, Harry Potter is not just an amazing series of well-told stories, it is a glimpse into our faith.

That was the focus of my talk last Friday evening at Immaculate Conception Church: Harry Potter, Death, and the Christian Experience. I’ve included the whole 30 minute talk as well as 12 minutes of questions. If you have any questions of your own, please don’t hesitate to ask!

7 Comments on “Harry Potter, Death, and the Christian Experience”