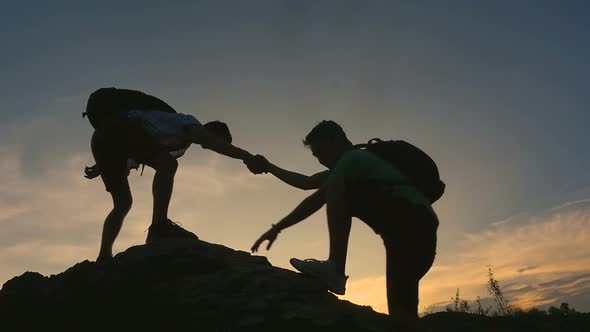 The following is my homily for the 29th Sunday in Ordinary Time, Year C. The readings can be found here.

I know that there are many people in the world that do not believe in miracles, but I had one happen to me last week. It involved ice cream.

Okay, so maybe not the “serious” of miracles, but a miracle nonetheless!

As some of you may know, I have a pretty big sweet tooth. I absolutely love chocolate, cookies, cakes, everything. I love them so much that I know I cannot have them around otherwise I would eat them constantly, and sooner or later look like a Franciscan cookie jar. Generally, there are no sweets in the house. But the other night, I had a major craving for something sweet, so I went to the pantry. Nothing. I checked the fridge. Nothing. Opened the freezer. Nothing. So you know what I did? I went back to the cabinet with lower expectations. (Naturally).

I looked in the pantry again, in the refrigerator, in the freezer. I moved thing around, looked in the very back. Still nothing. About to give up, I checked one last time. Opened the pantry. Nothing. Opened the refrigerator. Nothing. I open the freezer, and I kid you not, I could not make this up, but a pint of chocolate ice cream comes rolling out. Seriously! But that’s not all. It’s not just any ice cream, but low-fat protein ice cream!

Did it taste good? No, of course not! But that’s not the point. The point is that persistence pays off; the point is that God answered my prayers; point is that I didn’t have a great story about a widow for this week… but I think it works, right? How easy it would have been for me to give up, but then I wouldn’t have had ice cream. Jesus tells us to be persistent, to not grow weary. And yet, how sad it is that sometimes we show much greater persistence when it comes to insignificant things—finding sweets—than we do for things that actually matter.

Jesus tells us in our Gospel to be persistent in our pursuit of justice, to never give up even when life seems stacked against us. There’s a reason that he chose a widow and a judge in today’s parable. You see, in his time, a widow was someone who had no standing in the world, completely at the mercy of society. She was a nobody with no rights. On the other hand, a judge was a supreme ruler, in some ways. Had the power to hold people’s lives in his hand and do what he wanted. If the judge, as it says, “neither feared God nor respected any human being,” the widow would have no chance of getting what was due to her. Justice was an illusion. You would completely understand if she gave up. What’s the use in trying? It would take a miracle, an act from God, to get the justice she deserved.

And yet, she didn’t give up. She persisted. She kept pestering him, threatening to hit him it seems. She kept going back to the fridge, even though there might have been no hope, until justice was rendered. This is what disciples of Jesus must do—live with perseverance in the face of trial. Be relentless for the work of justice.

It makes me wonder about our own situation sometimes, how powerless we feel in the face of injustice. I look to the world and see many reasons for despair, many reasons to give up hope. I am just some little, insignificant person. What different can I make?  I see war, the rich abusing the poor, multinational corporations making billions while their workers are on government assistance, abortion, polluting the environment, racism, sex-abuse crisis. All around us are powers that care nothing of God or justice. Who am I to fix any of these things? I’m a nobody. I’m nothing. I’m at the mercy of the powers that be.

It would be very easy to give up, to resign the world to injustice, to accept what’s wrong as something that will always be wrong. Jesus reminds us that even a widow can turn an unjust just to justice; even we can make a difference. Why is that? Because our God is one of justice. “Our help is from the LORD who made heaven and earth.” Our God hears the cries of the poor, hears the cries of those oppressed, and answers them. No matter how lost the cause may seem, our Lord is with us. Do not give up.

And that’s very inspirational, right? We should put that on a poster with a bald eagle flying over a lake: “Don’t give up. God is on your side.” It’s inspirational for sure, and we all know this. In times of struggle it is definitely important to remember…

But sometimes… sometimes, even when we remember this and believe this with all our hearts, it’s still just too much to handle. Sometimes our bodies just fail, sometimes, we physically, emotionally, spiritually just can’t take on the weight ourselves. It’s for those times that we have our first reading about Moses faced Amalek. We hear in Exodus that the Israelites are severely overmatched. And of course they are! They are nothing more than freed slaves going up against a mighty nation. But God, of course, is on their side, and so as long as Moses keeps his hands raised they can win. As long as he keeps faith, justice is theirs. Moses knows that all he has to do is persist and they will win. Easy, right?

Except… his arms just can’t do it. He is not strong enough on his own to save his people. He tries his hardest, but just can’t do it. Luckily, he is not alone. Seeing his weakness, Aaron and Hur come to his side, literally holding him up so that he can continue.

This, my friends, is the Church. When the task seems too heavy to carry ourselves, the burden too much to handle alone, that is when we realize that we don’t have to go alone. As builders of the kingdom, we do not seek justice by ourselves. What we are a part of here is more than just a social club, more than just an interest group—we are a family of brothers and sisters in Christ. As we take this Eucharist together, we bind each other in a covenant of blood—not just with Christ, but with each other. When you receive the body and blood of Christ and say “Amen,” you are not simply saying, “Yes, I believe that that is the true body of Christ,” you are also saying Yes, I believe that we are the body Christ, and Yes, I will be the body of Christ. When one suffers, we all suffer. When one experiences injustice, we all experience injustice. And when one finds things too difficult, when one finds themselves as a widow going up against an impossible judge, feels like Moses going up against a raging army… that is when the rest of us step in to help.

That’s what it means to be a follower of Christ… that’s what it means to be Church. This week, no matter what you’re going through, know that God is on your side. No matter if it’s an important test, an issue of life or death, or merely an issue of ice cream, do not give up. And if you ever feel like you can’t do it yourself, you ever feel like you can’t go on any longer, just take a look around. You’ve got a big family here to help you. Don’t be afraid to ask for help.

9 Comments on “Persist. Together.”