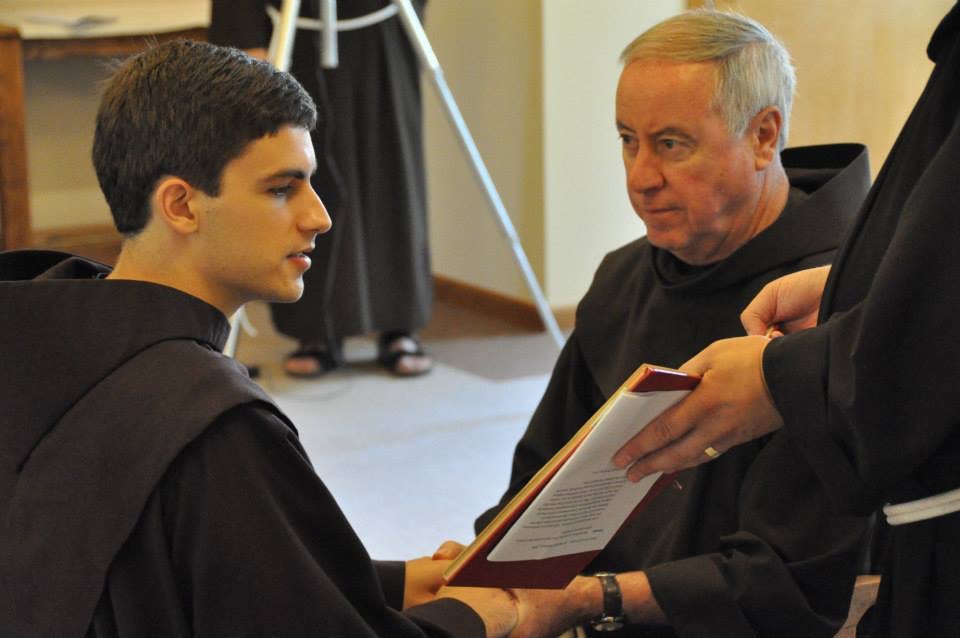 During the second week of July, 2010, I decided that I wanted to be a Franciscan Friar. Sitting in a chapel all alone that night, a flood of clarity came over me. I realized that, even though I had been struggling for months about what I should do, I had actually made the decision in my heart a long time ago. It was time to admit it to myself and stand by it: “I want to be a Franciscan friar,” I said out loud. Since that moment, nothing has changed. In terms of my commitment to the life, I could have received my habit, made solemn vows, and began living the life of a friar that evening in July six years ago. I was that sure then and remain that sure today.

Is that to say that I fully knew what that commitment would mean or that I was prepared to do so? No, surely not. Nor does it mean that everything in my years as a friar has been affirming of that desire either. There have been bumps and bruises along the way, moments of disillusionment and crisis, and my understanding of what that original desire to be a friar meant has certainly been refined. Work was needed to be done on my part, and continues to be done, to turn that desire into a formal, conscious, prepared commitment.

And yet, the point remains: in terms of discerning whether or not I want to stay for the rest of my life as a friar, my discernment ended more than five years ago in that chapel.

This, I would like to make very clear, is not the norm among people entering our Order. In fact, I would venture a guess to say that it is almost never the case. Guys don’t come into postulancy (the first year of formation) sure of where they’re supposed to be for the rest of their lives or ready to make any formal commitment. Even after two, three years of living with the friars, many guys aren’t there yet.

And they don’t have to be.

Becoming a solemnly professed friar is an intentionally long engagement. As I’m sure I’ve mentioned before, the formation process to make solemn vows in our Order takes at least five years (in my province, the minimum is six years), and no formal commitment takes place until the end of the second year. That’s a lot of time—time to  try on the life, ask questions, struggle with challenges, and overcome doubts and fears. Like anything else, it rarely happens overnight.

But even if it seemingly does and someone finds themselves in my position—sure of where I’m headed and ready to get there—discernment in the broader sense does not stop. As a Franciscan friar, I may have moved beyond the initial question of whether or not I want to be a friar in the first place, but I will never move beyond the questions of how to live this vocation out in the world today.

How am I called to live?

Who am I called to serve?

What does it mean to be a brother?

These are questions that can never be answered definitively. As the world changes, as we incorporate new brothers into the Order, as the Church presents new needs, and as I change with experience and knowledge, the way in which we answer these questions will inevitably change with them.

This evening, five members of my house will join the four others on their internship year, in renewing our vows to the Franciscan Order for another year, formally recommitting ourselves to a life of poverty, chastity, and obedience in the way of St. Francis of Assisi. For some, this is a moment that has required great discernment, evaluation, and preparation to determine that this path was still the one for them; for others it is simply another step along the way towards something that we committed ourselves to along time ago. Today, that’s not really what’s important though, and certainly not the focus on my reflection. The point that I see in all of this is that, no matter where we are on the journey, our discernment never stops, it only changes its form.

This is as much the case for Franciscans discerning religious as it is for all Christians: many of us have no question whether or not we want to remain a Christian and live out our baptismal promises, but the question of how we do it will never end. A life in Christ, no matter its form, requires that we always be discerning His call and ready to respond in the way that our world needs us most.

← Called to Justice
A Priestly People →