Not Wed to the Idea 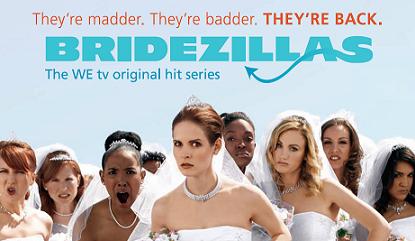 There is nothing appealing about this experience. And yet, in every marriage, there is an opportunity to bring people closer to God.

When I was discerning my call to the priesthood, you might remember that one of the things that drew me to the possibility of being ordained was the sacrament of reconciliation. I find it to be a very powerful experience and the thought of welcoming people back to the church was very appealing.

What I didn’t mention in my posts concerning discernment, however, was one of my major deterrents: the sacrament of marriage. My thought during postulancy, a thought that I continue to hold to some extent today, is that presiding at weddings is the worst part of being a priest. Don’t get me wrong, witnessing the love of two people is a wonderful thing and I’m happy to be a part of it. But I want to be a part of it in a sacramental way. The thought of being a “rent-a-priest” in some elaborate fairy tale that has nothing to do with Christ’s love for the Church or the ceremony being the obligatory hoop to jump through before the couple can have a reception and honeymoon is less than inspiring.

And yet, there is now a part of me that is excited about the prospect of presiding at weddings. What has changed? My education. The more I learn about the sacrament, the wedding rite, and married life, the more I see an opportunity to offer people a powerful and life-changing experience of God in their lives that is often lacking or misunderstood.

One thing our Church is witnessing these days is that a lot people are very poorly prepared for the whole process. A little preparation goes a long way in forming healthy, lasting marriages. How do we communicate with one another? How do we resolve conflict? What role does God play in our marriage? What is the theology of the Church regarding our bodies and sex? These questions, especially the last one, are not always discussed in a meaningful way before couples get married and I think that is a great detriment to their love.

The major issue, I think, is helping people to build a marriage with God as their foundation. My professor put it pretty well yesterday: love for one another does not sustain the marriage bond, the marriage bond in God sustains the love. This is both critically important and really encouraging. Marriage is a sacrament in the Catholic Church, an experience of God in a visible, tangible way meaning that the act of marriage is both the experience of God’s grace and the source of grace to be able to accept it. Romantic love is a major part of marriage, but it is not what will sustain the couple in tough times and on bad days, those times when he tracks mud into the kitchen for the thousandth time or she snores all night long.

Breaking down “traditions” and false-signs

And so if this is the case, and God is the centerpiece of the marriage, we want to have the opportunity to say so in a liturgical way. How do we do this? Being that it is a sacrament, what is the “visible sign” that confers the invisible grace? It’s not the rings. It’s not the priest’s blessing. It’s not the priest “pronouncing” anything or anyone. Believe it or not, the liturgical act is nothing other than the consent of the couple. In a truly beautiful and powerful act of love, the couple administer the sacrament to each other in the words, “I take you (name) to be my husband/wife.” This is the centerpiece of the whole ceremony, the sacramental experience.

One of the difficulties about this, then, is breaking down “traditional” or misunderstood marriage practices that distract or distort this experience. For instance, how should the bride process into the church? “Traditionally” she comes in with her father with the groom waiting at the altar to receive her. Why? Because traditionally women were property that needed to be handed from one male authority to another! Is that what we want to say? Absolutely not! In contrast, the Catholic liturgical rite calls for the couple to process in together behind the priest (and even accompanied by both sets of parents) because they are the administers of the sacrament, even if celebrated in the context of marriage. This is fantastic symbolism! And yet not “traditional” as some would expect.

The same goes for “traditions” about the bride and groom not seeing each other before the ceremony (put in place during a time of arranged marriages so the groom could be fooled into marrying the wrong person), the bride wearing white (not a sign of purity but a convention for the bride to look like royalty after Queen Victoria did it), the wedding party wearing the same outfit (superstition to confuse demons… seriously), entering to “Here Comes the Bride” (a song from the opera Lohengrin, which is not exactly appropriate… It’s the equivalent of walking down the isle to something on the radio), and the priest “pronouncing them man and wife” (which is bad theology because they pronounce each other).

Marriage as an act of the community

Lastly and most importantly, marriage and the ceremony that initiates it should not be an insular experience that focuses on the couple in themselves, but rather the couple as now a new identity in relationship with God and neighbor. Karl Rahner, S.J. had this to say about it:

In the Catholic Church, marriage is an act of the community for the community. It is public and it is inviting. It is an experience of grace with one another for the sake of sharing that grace with the world. What does this mean, practically? St. John Chrysostom advices couples to invite the poor to their gatherings and to have modest receptions centered in Christ. While I may struggle to convince couples not to have an open bar at the wedding, it is not uncommon for couples to choose a simpler ceremony or even add a charity or food shelter to their registry rather than spend thousands of dollars on the event. As a Franciscan, I can’t think of a greater first act of marriage than to have a couple choose modesty over excess or the poor over opulence.

But it gets better. As a way to liturgically express the theology that a couple’s love for each other is both supported by the community and helps build up said community, the Church actually encourages couples to get married on Sunday within the context of a normal Sunday mass. How awesome is that? Rather than “a princess’ special day” the wedding is clearly and explicitly more about the community than the couple, more about looking outwards than hiding inwards. Sure, it’s difficult to have a bridal party of ten and a guest list of 500, but the entire community gets the opportunity to take part in supporting the marriage and experiencing the fruit of its love.

Overall, I still think that weddings (and marriage in general) will be the most frustrating part of being a priest. For every couple that I can open up to Catholic ideal there will be plenty others that will jump through hoops rather than fully prepare, insist on writing their own marriage rite than following the Church’s, and mothers that will know more about weddings that I do. Such is life. But unlike how I felt a few months ago, I know that that is not all of life. Weddings are an extraordinary time for counsel, guidance, and even evangelization given the amount of non-Catholics that we be a part of the process. For many, they may be the only time they ever step foot inside of a church, and the experience they have may define what they think of the Church for the rest of their lives. I hope and pray that these experiences will be as grace filled as they are intended by God and that we as Church, and me as future minister, will be able to best express the love of Christ found for them here. Now that is something I could get wed to!

2 Comments on “Not Wed to the Idea”