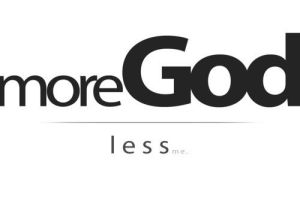 I’m a pretty ambitious guy. Understatement of the blog, right? Ever since I can remember, I have had a clear sense of what it was that I wanted to accomplish, the vision to set both long-term and short-term goals, and the discipline to stick to them.

Ambition is a great American value. For some, it is the only one necessary: if you have the determination you can accomplish anything you want! Behind every great accomplishment, innovation, record or praiseworthy individual, there lies the unbridled passion to make something of oneself, and the skill to make it happen.

I bought into this with everything I had very early in life: I could have been anything I wanted, all I needed to do was work hard. Even after I began to understand that physical, economic, psychological, and social barriers make the “American Dream” little more than a fallacy, i.e. that often times the hardest workers are not the most successful, I could not shake the imbedded ambition to succeed. It’s simply a part of who I had been socialized to be, and who God had called to this life. (There have been enough situations in which my ambition for something selfish ended up leading right to this vocation to know that God knows the best way to use who we are to move us one way or another.)

But how can someone be a follower of Christ in the way of Francis of Assisi, seeking a life of humility, simplicity, and obedience, and at the same time remain an ambitious, success-oriented American? Surely, one would say, God has used this vice of mine to call me to conversion, to shed the old me in order to be born anew. One might also say that ambition is a gift, something that God could and would clearly want to use for good.

And so I searched for answers. The first one I came to was through both Richard Rohr’s writings on the Enneagram and my former campus minister: transform the ambition for self into ambition for God. Rohr says, “[We] are overly concerned with building our own kingdom and seeking our own fame… Keeping the Sabbath reminds [us] that the meaning of life does not consist in action alone” (Discovering the Enneagram, 228). Rather than attempt to change who we are, we need to orient who we are toward God so that our many gifts may point back to the one who fashioned us. It’s a reminder that “success” does not have to be personal or selfish, (e.g. wealth, fame, gratification, and power), but rather communal and altruistic (e.g. full churches, upheld dignity of neighbors, peace, and educated people). In this way, my former campus minister has argued that, not only is it possible to be 100% humble and 100% ambitious at the same time, it’s necessary. The way he put it, being a humble servant means giving all that we have and working for all that we can for the sake of building God’s kingdom.

Unfortunately, the problem I’ve found with this mantra, “Build God’s kingdom, not my own,” is that it more often serves as a justification than it does a conversion. At least, that’s what I my spiritual director and I realized was the case for me. You see, whenever my spiritual director and I spoke about the future, I found myself beginning every sentence with “I would really like to. . .” or “I don’t feel called to. . .” or “I would be good at. . .” I believed that I was seeking to build God’s kingdom because everything was about his church, his people, his ministries; subtly, though, it became apparent that all of these things were being filtered through the self, and that my success, my image, and my reputation were informing me as to what God’s kingdom needed me to do. “I wonder if there’s a way to take the ego out of it,” he would say. Ouch. He had a point though: it was the “I” and the “I” alone that made these questions difficult:

So how could I take the “I” out of it, to stop looking at how ministry could make me the most comfortable or fulfilled (in essence, stop seeking my own ambitions) and focus entirely on what God had in store?

I think the key for anyone with high ambitions is to keep a balance between relationships and tasks. Otherwise, even the most well-intentioned goals will end up trampling people and ruining relationships. For me, that meant two new mantras:

In both of these, I’m called to focus less on the task, the goal, the potential accomplishments (either God’s or my own), and more on the opportunity for relationships before me. There becomes no need to struggle for power or authority, no reason to worry about the big picture, and no recognition to be had. The goal is a person. The ambition is charity. To fully accept either of these mantras is to realize that spending time to share a meal with even one hungry and lonely person is as important to building God’s kingdom as is leading a crowd of people in prayer; that taking the time to listen to a person in their brokenness is as life giving as a well-attended Bible study; that Hospice care is as important as peace and justice missions. There is a need to remember that building God’s kingdom is not separate from loving those in it. It is not a task to be accomplished, but rather a people to be loved.

Ultimately, what I’ve come to understand and have struggled to implement is this: you don’t need me, you need God. I need to fully accept that my role in ministry is to provide God to everyone I meet, not myself, and whether it be through innovative, big-picture goals, or through loving, careful relationships, building God’s kingdom takes many forms. And so I offer this conclusion for those with a similar ambitious nature: be a vessel that works as hard as it can, with unrestrained creativity, with no limits in sight, not taking no for an answer, and completing things that have never been done before, and do not for even one second forget that God could equally have used a pile of rocks to accomplish the same thing. Humbly recognize that you are simply a rock, an open vessel willing to do God’s work. That’s the humblest ambition I know.

← Bad Worship or No Worship?
An Attitude of Gratitude →