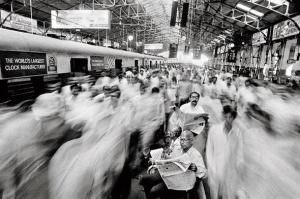 It’s when the world is moving the fastest that I need to spend time in prayer to guide me.

One would be hard pressed to find a more difficult transition than the one Dennis, Ramon and I have made over the past few weeks: Having spent an entire year in a highly structured, isolated year focused on contemplation (and surviving cold, grey winter days!), we now find ourselves in one of the busiest cities in the country, responsible for almost every aspect of our lives, thrust into a highly demanding environment focused primarily on action.

The most obvious and so far overwhelming change from last year is my studies at The Catholic University of America. I have no doubt learned a lot of things in the last few years through in-house classes and workshops, but there is a big difference between a steady dose of workshops and a full load of college courses, especially when those courses consist of Ancient Philosophy, Metaphysics, Reasoning and Argumentation, Human Nature, and Latin. Talk about a brain cramp! I’m not particularly worried about the workload, per se, as each of the courses except Latin are at the undergraduate level, it’s more so the fact that I’m being asked to use my brain and time in a way that I have not had to for more than two years.

What makes the day really long, though, is the fact that there are gaps ranging from one hour to almost four hours between every class, and so I find myself on campus from 9-5 most days of the week. The added time isn’t all that bad, however, as it gives me time to get a lot of work done before heading home and the opportunity to take advantage of CUA’s athletic facilities.

The other perk to getting so much done during the day is that it frees me up to get involved with a few of the many opportunities being a simply-professed friar in Washington, D.C. has to offer. For starters, it looks like I’ll be teaching an 8th grade religious education class on Sundays and Tuesdays, which would consist of faith formation, Bible study, and justice and peace issues. I’ve also been appointed as the chair for JPIC (Justice, Peace, and Integrity of Creation) issues in our house, a position that has very few set responsibilities but a lot of opportunities. At the moment, I’m working with the friars at St. Camillus Church and the young adult group to organize an event aimed at presenting a Franciscan perspective of creation, scientific conclusions about the state of the earth, and both practical and theoretical applications of integrating the two. If that’s not enough, I’ve been trying to get out of the house and have some fun on at least a weekly basis so as to stay healthy and well-rounded. So far that has consisted of playing a round of golf, something that satisfies my needs to be active, competitive, and contemplative in nature.

But despite all of the responsibilities that I’m adding to my once care-free novitiate schedule, the most difficult transition so far has not been what I have been doing, but rather what I haven’t been doing: praying. With so much action in our lives, it’s all to easy to completely forget about the contemplation that fuels it and gives it meaning. I don’t mean to say that I haven’t prayed or been to Mass in the past two weeks, as I have been very faithful to praying Morning and Evening prayer each day, and have attended Mass every chance I was able. The problem has simply been accepting that there is no way to pray as often and thoroughly as I did when that was my only concern, but that with a little effort and time management, I can find a way to devote myself to scripture, Franciscan sources, silent prayer and meditation with the same spirit as I did in my novitiate. It’s absolutely too important to let that spirit drift away. As Francis wrote to St. Anthony of Padua in regards to Anthony’s request to study books,

I am pleased that you teach sacred theology to the brothers provided that, as is contained in the Rule, you “do not extinguish the Spirit of prayer and devotion” during study of this kind.

I don’t know if I could be any happier about all that I get to do this year. The things that I will learn will stimulate and test my mind in new ways, my experience teaching will be an opportunity to share all that I’ve learned and realize all that I can still be taught, and the justice and peace initiatives will make me feel like I’m actually making a difference in the world. Talk about hitting the ground running when you consider what I was doing only one month ago. But with all that, I have to ask myself, “Why am I running, and where am I going?” Without a spirit of prayer and devotion, without an understanding that I am in relationship with God and all that I do is for the sake of fostering that relationship, I may be, as Emeritus Pope Benedict XVI writes in Caritas in Veritate, without Truth to guide me:

Without truth, charity degenerates into sentimentality. Love becomes an empty shell, to be filled in an arbitrary way. In a culture without truth, this is the fatal risk facing love.

3 Comments on “Hitting The Ground Running”