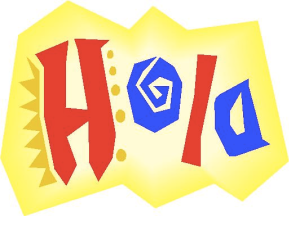 As some of you may know, my spanish is pretty abysmal. I took the required three courses while at Furman, and passed with an A-, B, and C respectively (but not all that respectably). As if it wasn’t poor enough “in my prime,” it’s been more than a year since I’ve tried to speak it. So… yeah… I don’t speak Spanish.

That’s all about to change! Our province believes that it is very important that all of it’s members have a basic understanding of the language and be able to at least communicate on the lowest level with the Hispanics we serve. Throughout our formation, we will be encouraged to “perfect” our speaking ability through classes, leading up to a trip to Bolivia in a few years. But before that happens, there is a lot to be learned, which brings me to tonight: our first class. The original plan was to enroll in a community college course and to learn the language very formally; that’s what they’ve done in years past, and it has worked out okay. But with the larger group this year, the large difference in experience levels, and the possibility of missing classes due to travel, there is a new plan: class with the Mexican sisters down the street.

Tonight was the first try at the new experiment. The four non-native speakers spent an hour and a half sitting around a kitchen table casually trying to communicate with Sister Delores and one another, fumbling over words and, I’m sure, saying things we didn’t mean to say. Luckily for us, Sister Delores is a very understanding and funny woman, and was patient with each of us, using a mix of English and Spanish to get through the conversation. All in all, it was actually a really fun time and I think it was a great environment to learn. I look forward to meeting with her each week, and God willing, becoming a bit more proficient in the language. (Well, maybe God can’t do everything…)